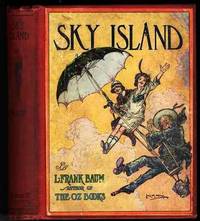 Chris Volk at Bookfever has put together an interesting, short survey of booksellers and how the recession is affecting them. To summarize: booksellers are reporting average sales 10.6% lower than the prior year.

On Biblio, we’re definitely seeing used book sales weaker than we anticipated for booksellers, but the average bookseller’s sales on Biblio are about flat to last year, rather than down.  That’s something we’re happy with, because it means we’re still steadily growing in terms of market positioning compared to our larger competitors.

In fact, I bet Warren Buffett wouldn’t have minded if he had thought to bail on his GE stock 12 months ago and invest in a portfolio of independent used book stores instead.  Course, then they wouldn’t be independent anymore, so that wouldn’t work.  Sorry, Warren.

So it appears used books aren’t exactly recession proof in the same way Gore-tex boots are waterproof.  But, compared to the devastation most industries have suffered over the past 18 months, I’d certainly venture to suggest that used books are “recession-resistant”, kind of like a New York newsstand umbrella.

About the author brendan

The original founder of Biblio.com, Brendan has a background in executive management, technical management, programming and database development in the publishing, high tech, and library industries. He is also a former "brick and mortar" and online bookseller, and has been in the book business for 12 years. Originally from Wyoming, Brendan is a "naturalized native" of Western North Carolina, having lived in the area for the better part of the past 30 years. He is married to his beautiful wife, Tracy, with two equally beautiful daughters, Sophia (aged 8) and Katherine (6). He enjoys reading history and modern literature, with favorite authors including Italo Calvino, Gabriel Garcia Marquez, Cormac McCarthy, Philip Roth, and Don Delillo.

This site uses Akismet to reduce spam. Learn how your comment data is processed.